“Behold, how good and how pleasant it is for brethren to dwell together in unity!"

Scot has been married to Salina Dollinger for 16 years and has raised three daughters. Now that his children are grown, Scot desires to be more involved in his community by serving as a judicial officer.

Scot believes in the legal principle of separation of church and state. The government should be neutral on the topic of religion and at the same time, protect the individual's right to freely exercise one's religion.

"Let us not seek the Republican answer or the Democratic answer, but the right answer." 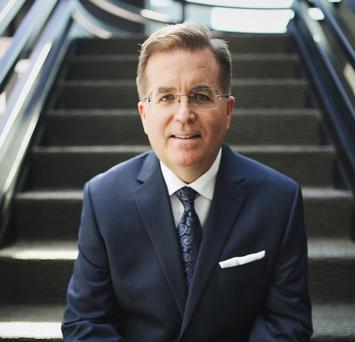 “In Texas, even fair minded Republicans vote for some Democrats and vice versa.  To my Republican and Democratic friends whom I love, I say there is no shame in voting a mixed ballot – it’s okay to vote the person, not the party especially when it comes to judges. Always remember, it’s a two way street.  Be fair to everyone. Whatever you decided to do, vote a full ballot."

When governmental officials act in an official capacity, they have an obligation to check their religion at the door and treat all people equally regardless of their faith or not. If they speak religiously, it should be clear they are expressing a personal opinion and not an official one. Otherwise, we risk alienating some people from full and equal participation in our civil community. One's faith should always be used to help people, not hurt them. All people should be treated equally regardless of their faith or not. Religion should not be used to discriminate against others.

Scot is concerned those leading the Republican party today talk their faith and then turn around and do things Jesus would never do such as denying people healthcare, mistreating immigrants, discriminating against members of the LGBTQ+ community, denying equal pay to women, paying workers substandard wages, forbidding collective bargaining, avoiding fair taxes, disrespecting governmental officials, badmouthing judges who disagree with their point of view and the list goes on. In contrast, Scot is a doer and wants to do good things for Harris County by treating people fairly regardless of income, race, gender, religion, sexual orientation or political party.  It's about treating all people fairly no matter what.  Justice for all matters.  We should be striving to find common ground that unites us instead of using provoking words which tend to divide us.  Judges are in a unique position to promote fairness and unity as they fairly treat all people without bias, sympathy or prejudice.  People are hungry for the unity of community.  To truly be united as a people, we must all be dedicated to liberty and justice for all.

Scot recently resigned from the board of Scripture Memory Fellowship International, an organization dedicated to the importance of encouraging people to not only memorize the Scriptures, but live them out, being doers of the word bearing much fruit for the benefit of all people.  Don't just talk good.  Do good. He sees a great danger in some people trying to use their "faith" to justify discriminating against others including but not limited to members of the LGBTQ+ community. Scot resigned because he is now a judge dedicated to the doctrine of separation of church and state.

On a personal level, Scot likes to run half-marathons and grow food - gardening. He finished the Houston marathon in 2009 in just under four hours.

Scot graduated from Northwestern University and worked his way through law school graduating from Emory Law School in the top 1/3rd of his class.

Scot has practiced as both a defense and plaintiff lawyer so he knows both sides of every case.

Scot had the good fortune to work for a federal judge after law school.  So he understands the law from a judge's perspective as well.

Scot has run his own firm for 17 years in Houston, Texas under the name DOLLINGERLAWFIRM.  After being elected to the bench in 2018, Scot closed his private practice effective December 31, 2018.  He transferred his remaining cases to other lawyers and closed his private law practice on December 31, 2018.  It's been a great blessing to be able to practice law and help people as their advocate.    www.callthelaw.com

Email to get involved.